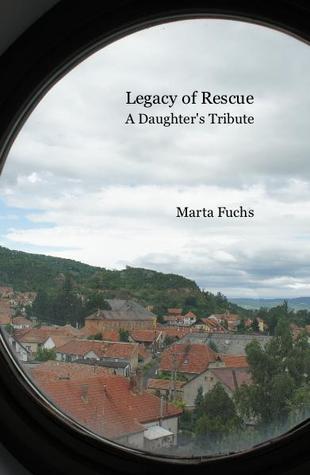 ISBN:
Pages: 208
Description: Marta Fuchs’ Legacy of Rescue: A Daughter’s Tribute tells the story of her father Morton (Miksa) Fuchs and Zoltán Kubinyi, the man who saved him and over 100 other Hungarian Jewish men during the Holocaust as the Commanding Officer of their forced labor battalion.

Zoltán Kubinyi was taken as a POW by the Russian Army, died a year later from typhus in a Siberian labor camp, and was buried in an unmarked grave, leaving behind a young wife and infant son. Due to Marta’s father’s testimony, Zoltán Kubinyi, a devout Seventh Day Adventist, was posthumously honored as a Righteous Among the Nations by Yad Vashem, the Holocaust Memorial Museum in Jerusalem.